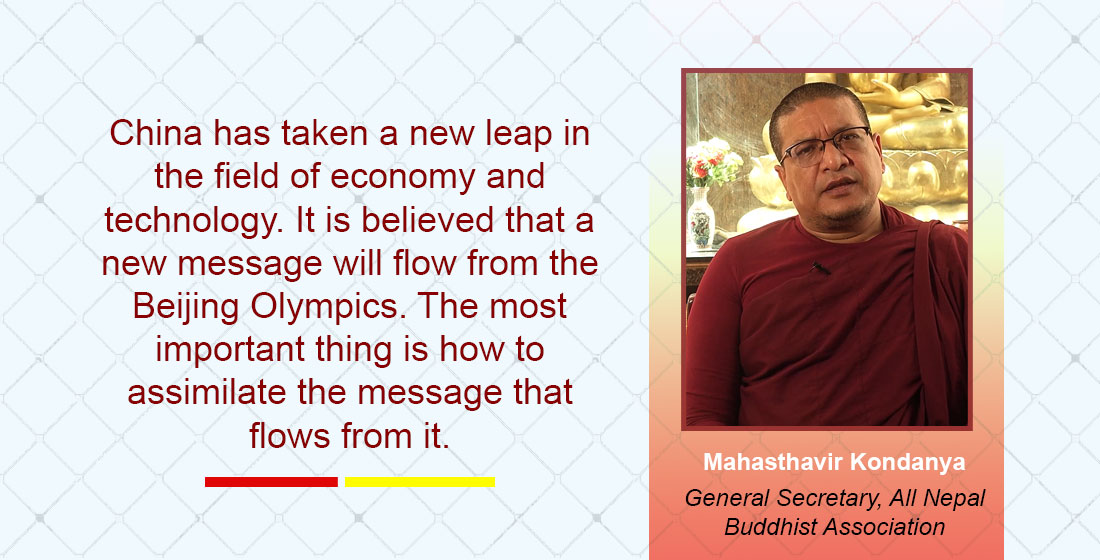 The Olympics 2022 is going to be held in Beijing China. Of course, this is good news not only for Asian continental, but also for the world. The Olympics play a vital role in creating a harmonious atmosphere and friendship between the world human societies. I believe that the Beijing Olympics will also help the world to build stronger harmony. In fact, the Beijing Olympics have the potential to unite the international community.

I have heard some countries are saying that the Olympics should not be held in China. In fact, it should not be politicized. It is wrong to think of banning the Beijing Olympics. Instead, it should clarify why the Olympics should not be held in Beijing and what its weaknesses are. Serious research has to be done on that. Otherwise, there is no logical point in protesting only by putting forward superficial issues. That is just a protest for the sake of protest. Actually, this is the biggest sports festival of the world. It is wrong to politicize it by raising the issue of human rights.

Covid 19 causes the whole world is panic. China should also take important steps to control Corona. China controlled the covid pandamic to some extent. So, China seems to be able to host the Beijing Olympics.

China has taken a new leap in the field of economy and technology. It is believed that a new message will flow from the Beijing Olympics. The most important thing is how to assimilate the message that flows from it. It will further support the development of world brotherhood, the creation of a harmonious environment between human beings, and a new message can flow from it. Together we must make the Beijing Olympics a grand success.